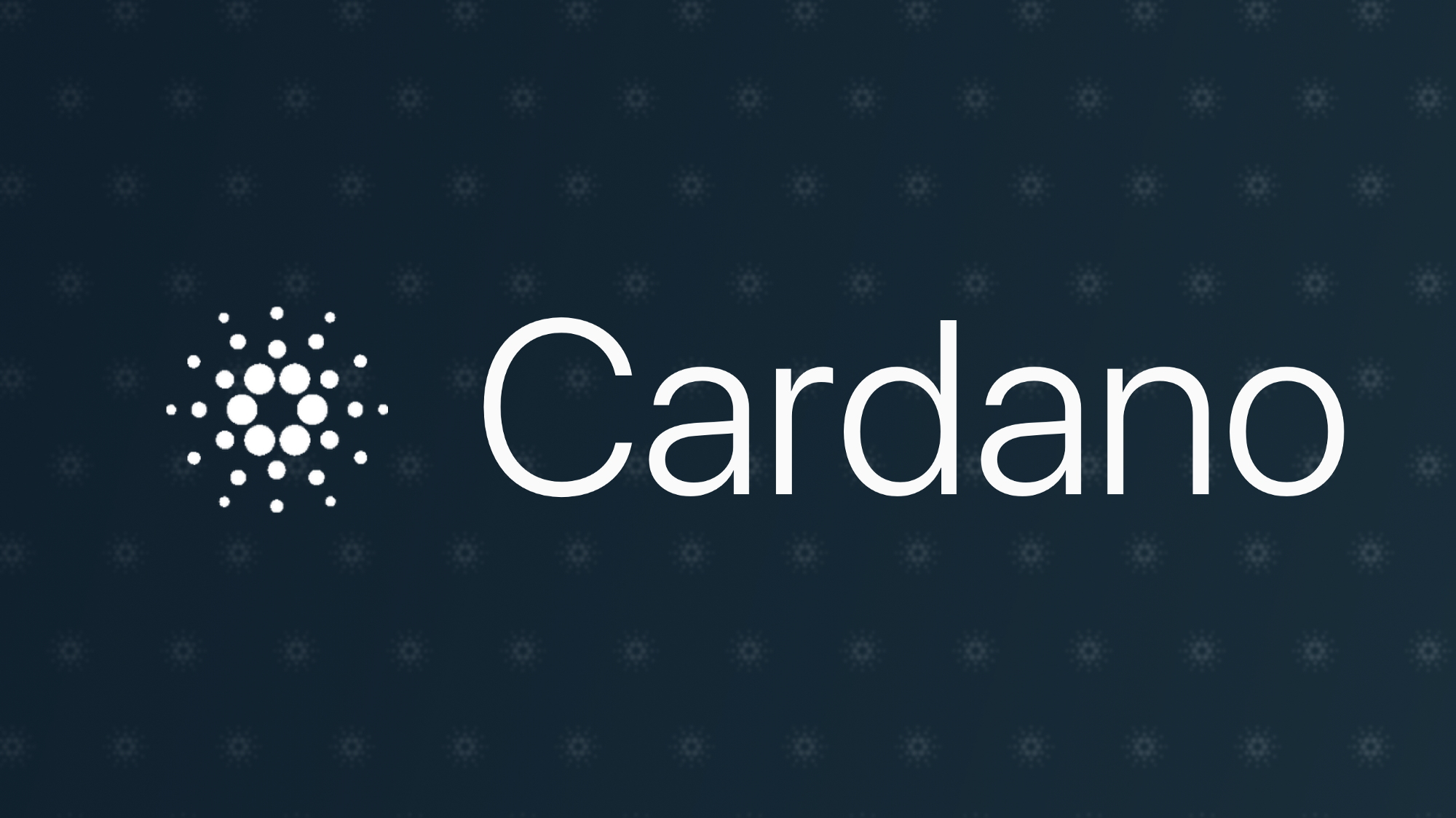 In this article we look at the very basics of Cardano staking.

If you've got any experience whatsoever with other Proof of Stake coins, then you probably don't need to read this intro.

Although cryptocurrency staking is a complex process, readers need zero previous knowledge in order to understand this text.

Cryptocurrencies work in a decentralized fashion.

Proof of Stake vs. Proof of Work

There are two main ways currently used to "count votes" for cryptocurrency transaction verification: Proof of Work and Proof of Stake. Proof of Work requires mining machines, like graphics cards or dedicated ASICS. Proof of Stake requires participants to own something of value, which they put at stake in order to participate.

Proof of Stake differs from Proof of Work in that it requires a very small initial investment for coin holders to begin minting their own coins. In a PoW system, you'd need to invest in electrical installations, expensive hardware and operators working on site. Proof of Stake, on the other hand, only requires participants to lock up some of their cryptocurrency holdings in order to be able to "vote" in the consensus mechanism.

In a Proof of Stake system, users "vote" for a block solution. The power of this vote is proportional to how much cryptocurrency they stake.

Under PoS, a person who owns 10 coins has 10 times more "voting power" than someone who owns a single coin. If the person holding 10 coins votes that block A is correct, while the minority coin holder votes on block B, block A will be chosen as the new blockchain tip.

Advanced PoS cryptocurrencies such as Cardano offer an additional possibility: users can delegate their voting power to other users. It's like forming a "political action group" during elections. A single user may not have much power, but they gather in groups in order to influence the elections.

In order to vote for every single block that's created, users would need to keep their wallets (full nodes) online 24x7.

The Cardano system wouldn't be able to wait for users to decide to turn on their PC's at random times.

Imagine the entire ADA network locking up, waiting for Johnny to get home to restart his ADSL modem somewhere across the world just so he could verify a block! It just wouldn't work.

To solve this problem, PoS gets one more letter as a prefix : D. DPoS stands for Delegated Proof of Stake and, as the name suggests, it means users can delegate their votes to someone else. Say Johnny has 1 million ADA coins just sitting on his wallet. These coins have vote power in Cardano network decisions, but as we know Johnny is terrible at keeping his computer running. So he delegates his 1 million ADA to a staking pool.

The staking pool is a well-administered, secure and high speed Cardano full node which runs 24x7, 365 days a year.

A Cardano staking pool is still just a regular full node though!

It's just like the full node that runs behind the Daedalus wallet, which you see "syncing" in the user interface! It just happens to be attached to a fast and reliable network and is always on, no matter what happens.

Yep. Delegating is 100% secure because the coins never actually leave your wallet. The transaction which delegates the coins is not a coin transfer, it's a kind of digital certificate that gives a certain staking pool the power to vote on your behalf.

Does delegation have a cost?

Yes, but it's very inexpensive.

There's a tiny fee you must pay in order to send your delegation transaction.

Currently it's something around 2 ADA.

Can I run a staking pool?

Of course! The more pools, the higher the overall network security and liquidity.

Running a pool requires technical knowledge to administer Linux servers. You keep servers running with Cardano software 24x7. There are many tutorials available on how to run your own Cardano staking pool.

Can I spend my ADA while my account is delegated?

Yes. Delegation does not lock your coins.

In fact, you delegate your account over to a pool, not the coins specifically. The coins are free to be spent.

You will lose your vote power when you spend them, though. The staking reward will be proportional to the amount of coins you held during the delegation epoch.

Can I freely change staking pools?

Yes. You can switch staking pools any time.

Just keep in mind that delegation is epoch-based. So if you change your staking pool halfway through an epoch, your change will only get processed for the next epoch.

It's best to change staking pools near the end of the 5 days in the current epoch.

Do I need to pledge ADA to a pool?

No. As an investor you do not need to worry about pledging.

Pledging is a procedure where staking pool owners lock up some of their own ADA into a pool. This locked amount is called the pledge. The name stems from the fact that this value is committed to the pool. Unlike delegation, the pledge cannot be moved during its lockup period. Pledging proves a staking pool's commitment to the network. A higher pledge increases the pool's chances at winning slots for blocks.

A larger pledge amount is better when choosing a staking pool, but it's not the only parameter you should look out for. Uptime is the single most important factor. Pools must be up 24x7 in order to not miss any slots. Also look out for pool saturation levels. Saturated pools will not get much benefit from further staking. Look for smaller unsaturated pools.

So, at a very basic level, that's all there is to Cardano staking.

Cardano is a very complex system. If you dive into any of the points mentioned in this article, you'll find tons of technical details.

The good news is you don't need to know a whole lot to delegate your ADA and start making some passive income!

Setting Up a Staking Pool

About the Author
Published by Crypto Bill - Bill is a writer, geek, crypto-curious polyheurist, a dog's best friend and coffee addict. Information security expert, encryption software with interests in P2P networking, decentralized applications (dApps), smart contracts and crypto based payment solutions. Learn More About Us
We are 100% ad and tracker free.
Help sponsor us by donating to 🔺 X-avax1n7j2g4arl76l8p0tefdu0w36kcue4v5fr44yfg 🔺
Any amount is welcome! Thank you! ❤

Cardano Network Tools – CNT
Welcome to the crypto.bi Cardano* Network Tools – CNT home page. crypto.bi CNT is a Python implementation of the Cardano P2P protocol. Think of it as a programmable Cardano node but without the staking and block verification components – just the P2P networking code. You can pick different network message types and develop your own […] ELI5 Cardano ADA Staking Pool Pledge
There’s been a lot of talk about pledging in Cardano lately. What does pledging mean? What is pledge, exactly? Do stakers need to be concerned? What will the minimum pledge amount be? In this article we take a look at some of these questions and try to explain them in the simplest possible terms. No […] A Jormungandr jcli Cryptonomicon – Staking Pool Commands and Stuff
In this article, we’ll take a look at jormungandr and ended up compiling notes, some commonly used commands and other stuff learned while researching how to run a Cardano staking pool. I’ve turned everything into this post so we could all copy and reuse from if needed. Ended up becoming a jormungandr cheat sheet of […] Opinion: Our 2018 cryptocurrency portfolio: Events to look forward to and pitfalls to avoid [Feb 2018]
Few events have the power to make a cryptocurrency multiply 10X. Being widely adopted, becoming the standard in its niche, developing an innovative or very unique feature, having a great community around it – all these have the power to increase a crypto’s value many times over. But what are some possible catalysts for cryptocurrency […]

Share Tweet
Previous
Cryptocurrencies cannot ever be worth millions because transaction fees would halt the network
Next
How MetaMask mistakenly flagged us as a phishing site
/ Home
/ AVAX Avalanche / Banking / Basic Concepts / Bitcoin Source Code / Blockchain / Capital Markets / Crypto History / Cryptocurrencies / ELI5 / Investing / Mining and Staking / Programming / Security / Technical Concepts / Trading / Who's Who
Meta
/ About Us / Privacy
We do not track users. This site does not employ Javascript trackers or ads.