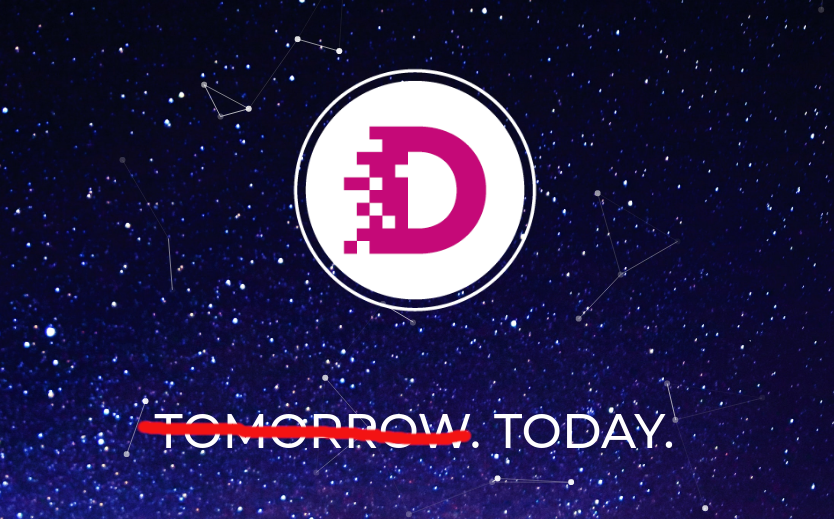 In November 2020 several users on the Telegram group note that the August announcement about the substitution of HYBSE for ZEROTRADE has not happened as planned. At the time of this writing, the consensus is that the DIM project is indeed over.

Everyone knows that 2017 was a mad year for ICO's and crypto in general.

Throughout the madness, DIMCoin stood out as one of the most hyped ICO's of the year. Thousands of investors flocked to the hottest new new thing : a decentralized system where any kind of digital asset could be exchanged via the HYBSE hybrid exchange (hybrid for fiat and crypto traded together).

While this may sound commonplace now, three years ago it was all the rage.

They called the project DIM, for Data Interchange Module (which, BTW, wasn't a new concept).

This is how the ICO was introduced to the world:

In hindsight, this did sound vague, and some anonymous users even tried to warn us. But thousands of investors wouldn't know any better and the sale went on to raise millions of U$.

Two digital assets were offered by DIMCoin Foundation during the sale: DIMCoins and DIM Tokens.

One was supposed to be interchangeable for the other at a 100:1 rate, respectively.

The sale was an astounding success and it raised millions of $ in funding - 14 million dollars, to be precise.

Everyone who took part in the DIMCoin initial public offering received their tokens at DepotWallet - a web-based cryptocurrency wallet that's also been shut down.

But now the future's looking DIM.

As of July 8 2020, Telegram users noticed that all DIMCoin-supporting exchanges had delisted the coin.

For a period of time, WWW websites had also gone dark and all official channels seemed to be disappearing from the Internet - one after the other.

At the time of this writing, the DIMCoin.io website (intentionally not linked) appears to be up, but it shows content from 2017 and there's no way to know who's actually running it (i.e. could've been recovered from archive.org for some purpose).

There are no traces left of verified/official DIMCoin social media accounts anywhere as of July 2020.

The last post on the official Telegram channel was on May 25, 2020, approximately 2 months before the time of this writing.

DIMCoin took social distancing to the next level - it's basically gone from public view.

Which raises several questions. Where did the money go? Was anything of value developed? But most importantly of all ...

Who, exactly, ran the DIMCoin ICO?!

This may sound crazy, but it was kinda normal during the 2017 ICO madness. Nobody knows who, exactly, ran the DIM ICO. Thousands of investors poured millions of U$ into a project which was run by ... whoever.

To this day, the true identities of the people behind DIM are still missing pieces of the puzzle. There are as many guesses as to who ran the DIM ICO as there have been official announcements - each containing various names.

As we've seen, most traces of DIMCoin have been removed from online communities. And the remaining DIMCoin accounts seem to be run by scammers pretending to be giving away free $DIM (likely unrelated to the original DIM accounts).

Reddit's new search system does not yield any results for DIMCoin, but we know of at least one thread mentioning the project. (It seems like archived threads do not show up on Reddit's main search.)

The most recent Tweets from a purported DIMCoin account don't seem legit, so we've omitted them from this post.

Prospects for DIMCoin looked pretty gloomy since the 2018 cryptocurrency bear market. But it wasn't until June 2020 when users noticed that the project was finally grinding to a halt.

HitBTC, an exchange which is famed for "listing anything" displayed an alarming statistic for DIMCoin : zero activity and an offline status.

It was the final nail in the coffin for DIM : to be unlisted from the only exchange where it had some minimally acceptable liquidity.

DIM Community Telegram members soon noticed that, with the HitBTC delisting, the DIMCoin project was officially dead. "We need to make a move", said one member :

Can DIM ICO funds be recovered?

A new attempt has been launched to try to identify the people behind the DIM ICO. The main goal is to start a class action suit to try and recover some of the funds.

These investors meet in the DIM Community Telegram group to discuss matters pertaining to the August 2017 Initial Coin Offering. In the group, identities, documents, personal recollections and other details of the 2017 sale are exchanged between participants.

A lot of information has been compiled already but, as with all online investigations, care must be taken not to expose innocent parties.

We've decided not to replicate the partial information contained therein until there's official confirmation that those are, indeed, the people and entities behind the DIM fiasco.

I personally know folks who invested thousands of Euros on the DIMCoin ICO.

Having witnessed the moment they got into the ICO, I recall their enthusiasm and excitement during the sale.

It hurts to know that thousands of similar investors lost all their money in exchange for nothing.

Nothing in the original DIM roadmap was actually implemented. Investors have no assets to liquidate, except the coins and tokens themselves.

CoinMarketCap still lists one exchange where $DIM can supposedly be traded for $USD or $BTC:

A closer look, though, reveals no volume data. The coin is officially dead.